Stop unconscious bias from affecting your recruiting in 4 steps

Every day we make hundreds of fast, quick and fair decisions based on fact and personal experience. If asked, we would be confident in our ability to not let any prejudice or bias cloud our efficient decision-making process.

We know that we are always rational and fair. That is until we start paying attention to the unconscious biases that actively affect our “logical” decisions.

So what is unconscious bias?

Unconscious bias are those prejudiced, repressed, or instinctual feelings we have towards other people, or groups.

These unconscious feelings influence our judgments and play a substantial part in our perception of those that we encounter. They can make our decisions unbalanced, affecting our work and even personal life.

If that isn’t complicated enough, once we recognise our unconscious bias and analyse them, they often still don’t make any sense.

1. Notice how it affects your hiring decisions

Unconscious bias affects more than what we think about gender, age, ethnicity or race. It can also affect how we view religion, weight, sexual orientation, or even how much we do or don’t like someone’s shoes.

We want to believe we are ethical and unbiased in all our decisions. But because of our unconscious behaviour, we often fall short. Unconscious bias is far more widespread than you would imagine – even in yourself.

Because of this, it can very quickly creep into your hiring process. It causes us to judge candidates on our perceived ideas of them instead of their skills and experience. At worse it becomes so ingrained in your interview process that you end up with ongoing bad hiring practises.

When we look back on any hiring decisions we have made, we assume we have made unbiased choices for our group and organisation. And we truly are trying to do just that.

But how many times do you “just have this feeling” about a candidate? Were those feelings based in fact? Or were they influenced by unconscious bias because of your previous experience or personal opinion?

Did you not hire that outstanding Engineer who lives further away from the office, because one time a candidate quit because they didn’t like the commute?

Are you remembering those times you dismissed the value of considering contract workers for full-time roles because you thought they were flighty?

Or didn’t hire a new immigrant because they would make the same cultural faux pas the last employee did?

CEO Gail Tolstoi-Miller has a great TEDTalk that speaks precisely to this. Here is someone with 20 years of industry experience and over 15,000 job placements, who caught herself letting unconscious bias make her hiring decisions for her.

If someone with this level of experience is being persuaded by her unconscious bias, know that you can be too. 3. Be mindful – and watch your mind

Start by making the unconscious conscious. When you are sorting resumes into those two piles, go back over the discard pile and try recognising why you decided to not pursue that person.

Was their experience lacking compared to everyone else? Did they not have the right software skills? Or are you unimpressed that their school was ok, but not Ivy League? You may find that after you begin this line of questioning, your ‘yes’ pile will grow!

After you have completed interviews, take time to think about precisely what it was that a candidate did or said that turned them into a ‘No’ for you.

Is there a history of conflict with coworkers they mentioned numerous times? Did they not actually answer the questions asked of them in the interview? Or is it just that they were on the polo team, and you ‘know’ all polo players are spoiled rich kids who don’t work hard?

This method of analysis will help you begin to distil decisions made as a result of unconscious bias, from those made based on facts.

Acknowledge the unconscious bias that you have and start to address them. Stop letting them get in your way of hiring great people. 4. Challenge yourself when unconscious bias creeps in

It’s all about catching and correcting yourself. Challenge your decisions. Ask yourself – So what? These two words help unwrap your unconscious bias.

So what if someone has blue hair? So what if they have a longer commute but are more than willing to do it? Just because the last person quit doesn’t mean they will. Give yourself time to pause, self-check, and focus on what is actually essential.

Give yourself time to get out from behind your unconscious bias and see it for what it is. You will be giving yourself the chance to make the best decisions possible. Use social media to find your next job 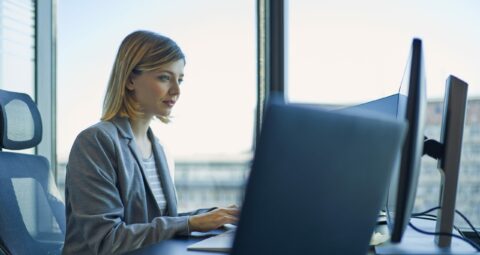 Top 6 tips for writing your resume 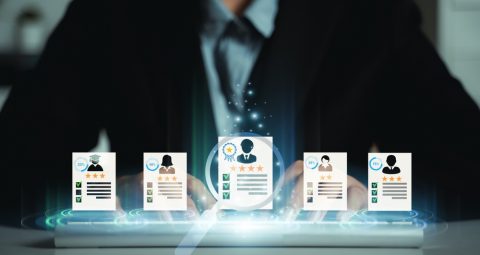 If you are looking for a job, visit our job board